Indianapolis is the home to 11 professional sports teams. The city is also home to three National Collegiate Athletic Association collegiate teams. Two teams from the four major American leagues, the Indianapolis Colts and Indiana Pacers, are located in Indianapolis.

A number of minor league-level teams also play in the city. The Indiana Fever Women’s National Basketball Association (WNBA) started play in 2000, and are under the same ownership as the Pacers NBA team. The Indianapolis Indians are the second oldest Minor League Baseball team, having played in the city since 1902, and are currently members of the Triple-A International League. The Indianapolis AlleyCats were formed in 2012 as one of the founding teams of the American Ultimate Disc League (AUDL). The Indy Eleven soccer team began play in 2014 and are members of the United Soccer League (USL).

Originally the Baltimore Colts, the franchise has been based in Indianapolis since relocating in 1984. The Colts’ tenure in Indianapolis has produced 11 division championships, two conference championships, and two Super Bowl appearances. Quarterback Peyton Manning led the team to win Super Bowl XLI in the 2006 NFL season. Lucas Oil Stadium replaced the team’s first home, the RCA Dome, in 2008.

Founded in 1967, the Indiana Pacers began in the American Basketball Association (ABA), joining the NBA when the leagues merged in 1976. Prior to joining the NBA, the Pacers won three division titles and three championships (1970, 1972, 1973). Since the merger, the Pacers have won one conference title and six division titles, most recently in 2014.

Founded in 2000, the Indiana Fever of the Women’s National Basketball Association (WNBA) have won three conference titles and one championship in 2012. The Fever and Pacers share Bankers Life Fieldhouse, which replaced Market Square Arena in 1999. The Indianapolis Indians of the International League (AAA) is the second oldest minor league franchise in American professional baseball, established in 1902. The Indians have won 25 division titles, 14 league titles, and seven championships, most recently in 2000. Since 1996, the team has played at Victory Field, which replaced Bush Stadium. Of the 160 teams comprising Minor League Baseball, the Indians had the highest attendance during the 2016 season. Established in 2013, Indy Eleven of the United Soccer League (USL) plays from Lucas Oil Stadium. Indy Fuel of the ECHL was founded in 2014 and plays from Indiana Farmers Coliseum.

Indianapolis Motor Speedway hosts one of the most famous and prestigious auto races, the Indianapolis 500. It is the world’s most attended single-day sporting event. Also, during May before the Indianapolis 500 the Speedway also uses the road course to run the IndyCar Grand Prix. Both races are a part of the IndyCar Series. The Speedway also hosts NASCAR’s Brickyard 400, and a round of the Red Bull Air Race. It has also previously hosted rounds on the Formula 1 and Moto GP calendars with, United States Grand Prix from 2000 to 2007, and Red Bull Indianapolis GP from 2008 to 2015 respectively.

Indianapolis is also the central base of many successful IndyCar racing teams. These include Andretti Autosport, Chip Ganassi Racing, Ed Carpenter Racing, and Schmidt Peterson Motorsports. 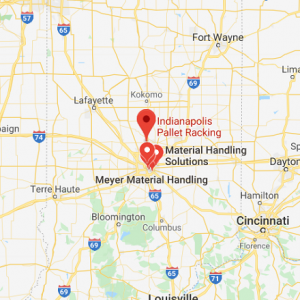